Anyone believing media downplaying the value of women in their coverage, doesn’t play a role in their murders and unfair court decisions, might want to rethink that.

How badly does the drip-drip of misogynistic articles by Rupert Murdoch’s media companies, damage the fabric of American life?

Consider the June 15, 2015, headline in the the New York Post’s  Page Six, column as “reported” by Julia Marsh and Priscilla Degregory.

“Comedian Chris Rock’s estranged wife wants to live the life of a celebrity spouse even after they’re divorced.

Malaak Compton-Rock is demanding a huge hunk of her husband’s $70 million fortune so she can maintain a Champagne-and-caviar lifestyle, a copy of her divorce papers reveals.”

Note the verb, “demanding.”  The entire tone of the piece is slanted to denigrate Malaak Compton-Rock, mother of their two girls.  Although Chris used to say his most important job as a father was, “to keep my girls off the pole…if my girls become pole dancers I’ve failed.”

However, it seems keeping the girls off the pole isn’t as important (it was a funny riff) if their Mother is doing it.  The article continues, noting Malaak is now taking care of them in their posh home and….running on a charity circuit.

This kind of onslaught has no shortage of Fox affliated glorified stringers ready to suck it up and suck up to their woman bashing employer.  As such, most devoted moms become ungrateful gold diggers who deserve a reduced life style because, well, become women are property, (which is why so many are “disposed” of) so everyone can “move on.”  (The current, go-to phrase.)

Pick any media owned or partners (TMZ) with Fox, and notice the attempted shaming of a woman who as a partner, has earned an even asset split, continues.

It must be noted the naturalized American citizen from Down Under; Murdoch comes by misogynistic leanings, honestly.

The murder rand significant injury rate is significant, according to a report in Murder rate of Australian women in May of 2014,

“the leading cause of death and injury in women under 45, with more than one woman murdered by her current or former partner every week.”

The report stated this translates into police costs accounting for 40 per cent of police time, with a total cost to the economy of $13.6 billion per year.

Although Murdoch’s daughter, Elisabeth, is well versed in the mechanics of News Corporation, and was once designated the heir apparent, that is no longer the case.  However, she could return as Murdoch moves his children around like pawns in a Chess game.

Recently a Saudi man made news for beating his 17 year old daughter to death for contacting her mother after their divorce.

Enough of this kind of coverage and is it any surprise Tea Partyish Fathers Rights groups have popped up?  No.  Neither should it be a surprise rapists in 31 states have custody rights.  The only surprise is because women aren’t important, legislators had no clue.

Media misogyny is spreading to other networks 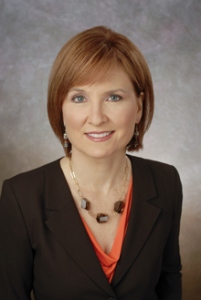 Anna asked Schilling if his calling out by name, the guys who threatened to rape his daughter, was “fair.”

Fredricka Whitfield. They don’t make ’em dumber than this

But it was CNN anchor Fredricka Whitfield who described James Boulware’s attack on the Dallas Police Department, (after first buying an armored van) as a way of dealing with his frustration with losing custody of his son, after  Family Court  his mother, as “courageous and brave.”  Days later some are calling for her firing.

Cops who kill their wives – not a new thing

took his seven year old daughter in the car with him to chase down his ex-wife, Tamara, mother of their nine children.  Then using his Glock, Phil assassinated Tamara, through the windshield.

The infant daughter in the car with Tamara was not injured.  Although they had been recently divorced, all news accounts benignly report “an ongoing custody dispute.”

One witness to the assassination said,

“The guy was in the middle of the street saying, `I’m tired of going to court.”

Anyone believing media downplaying the value of women in their coverage, doesn’t play a role in their murders and unfair court decisions, might want to rethink that.