The Oscars: Why voting for “Best Picture” isn’t remotely straightforward

Bad news kids.  Ripping the “Comedy” and “Tragedy” masks off the film industry is quite an education.  Turns out, voting for Oscar winners isn’t as simple as whoever gets the most votes, wins.  Or to quote the title of a Merle Streep film,

To explain, one only need to pick up a recent column in the LA Times, which describes in intimate detail, how it all works.  Including staff helping older members.  Sometimes staffers watch the movies, then “recap” them for the seniors who then vote.   At least we think it’s the seniors voting.  (And this is separate from the huge studio manically-driven ad campaigns jockeying for position.)

In short, according to a change in the voting system for the industry’s 6, 292 members, the winner is “the film with the broadest support” rather than the number of votes it gets.  Hun?  Click the link for details about counting.  It goes like this:

Remember when the Hurt Locker’s producer, Nicolas Chartier was busted for sending out a boatload of emails to numerous voting members of the Academy, begging them to vote for Hurt Locker, so “we will win and not a $500M film” (Avatar)?  It was an official, rule breaking no-no; in addition to extremely pure, bad form. 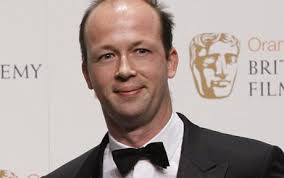 Nicolas Chartier – emailed himself out of the Oscars

When caught, Chartier apologized fairly quickly, saying, “My naïveté, ignorance of the rules and plain stupidity as a first-time nominee is not an excuse..”

Which proves Chartier can act too! Chartier was not just angling for a lone vote. His golly-gee omitted that he provided specific pointers how to knock Avatar out of the running altogether. Chartier provided members of the Academy a voting guide for numerical preference and his email asked members of the Academy to rate Avatar last. Tenth.   (This year just eight films are nominated for “Best Picture.”

Just to make sure it was knocked completely out of the running, Chartier asked members to put every other nominated film ahead of Avatar. Is there an Oscar for gamesmanship?

For his efforts, Chartier was banned from attending the event.  Bummer for him as The Hurt Locker won.

Meanwhile, the answer to the industry’s most asked question:

“Who, or, what movie came in second”

has a great track record of remaining the actual, best kept secret in Hollywood!

It's not about me....it’s always about people.
View all posts by bonnie russell →
This entry was posted in Business, Films, Hollywood, Media and tagged Film, Hollywood stars, Losers, snubbed, Winners. Bookmark the permalink.