How WEBMD & Vitals deals with Doctors like Dr William T. Clusin; who infect women with herpes

The below photograph is of physician, Dr. William T. Clusin.  A California Appeals court recently ordered Dr. Clusin to pay almost a million dollars for knowingly infecting his wife of four months with genital herpes.  (See prior post.)

However, companies touting physicians such as WEBMD and “Vitals” don’t mention this while trilling Dr. Clusin’s background and accolades on their websites.  My question is:  Why? 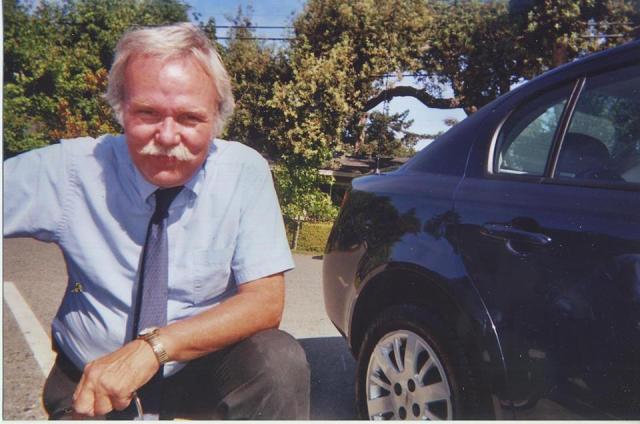 Dr. William Clusin doesn’t tell women his history of infecting women with genital herpes and the lawsuits he lost after doing so.

More importantly, why does a near total lack of corporate accountability seem to be okay for publicly traded companies such as as WEBMD?

“Better Information.  Better health”  –  minus the history of physicians on their websites?!  When might say, Jim Cramer, or the folks at Squawk Box begin to squawk about the utter lack of real transparency and solid information?  Wouldn’t shareholders appreciate a company that was the go-to in the field, instead of what is simply — advertising?

This is espcially important as in the area of publicly traded company specifically linking to “First, Do No harm” physicians.  Also important?  The public should know companies like WEBMD and “Vitals” don’t answer emails asking how they are going to deal with current information regarding people with say, Clusin’s background.

I wrote to both.  And received in response,

Don’t you just hate it when companies that brag about transparency, don’t respond to emails?

On a brighter note, from Mark L. Zeidel of the America Society of Clinical Investigation,

Perhaps the American Society of Clinical Investigation could check their records.  I mention this because,

Under Dr. Fearson who was elected in 2015; is another notation: 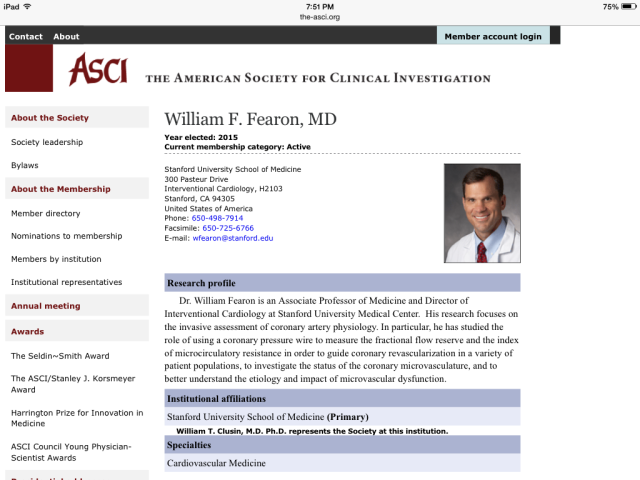 People are apt to trust WebMD.  But the LA Times explains why people shouldn’t trust medical boards.  At all.

Here’s a little something to consider:

Republicans are always trilling for “free market” while Democrats believe some government help is necessary.

But neither matters when increasingly, it turns out private companies online, as well as publicly traded companies, in the “free market”  are every bit as bad as government backed health care.

Why does this stunning lack of accountability and transparency; continue?

Who will care enough change this?

5 Responses to How WEBMD & Vitals deals with Doctors like Dr William T. Clusin; who infect women with herpes