Summer Stephan, Mike Levin, and a swirl of truth, lies, and endorsements

How weird. No one is writing about Levin’s commitment to end relationship related murders.

Some facts to consider when voting on Tuesday.  Lost in all Summer Stephan ads screaming “prosecute” is the actual goal of the Office of the DA. It’s not thunderous claims to prosecute.  The job of the District Attorney is simple:  To search for the truth.  Often the DA will not do this.  Often the DA will depend on crime victims to make their case.  What?!

Kendra Beebe is Exhibit A, District Attorneys don’t trust juries, and are very reluctant to take a chance on one.  District attorneys often won’t prosecute unless they feel they have a slam dunk.  Also, some are lazy.  To wit:  Kendra Beebe’s attempted murder.

So one must ask, how serious about searching for the truth, is the office Summer Stephan leads?  How interested in justice are they?

And why are so many, so called investigators, so darn lazy that they actually end up not running down leads provided to them, but working for the bad guys by letting the Statute of Limitations, run while they do, nothing?

Kendra’s case has way too many examples of the DA promising one thing, and some Supervisor, (talking to you, Jeff Dort) overriding a decision, but never looking at the file?

Past Behavior is Future Behavior

Now the King family returns each year for their marathon, and God bless them. Media is all over it, which is nice, although it would also be nice if media reminded the public the original goal of the King family non-profit changed from going after criminals with great GPS, to the much more positive, scholarships for students.  (Which I believe is better for the Kings, hearts).

Unfortunately, the Kings no longer live in San Diego and so they remain very much unaware of the reality of how often women are at risk of being murdered here…and up and down California.

As for San Diego. Whew. Folks. We got problems.  Dear King family.  We have big problems!

San Diego Police Department and, why didn’t the reporter ask the followup, “Why no arrest?”

Now and somewhat weirdly, missed by all media, is this fact.

Out of every candidate running for every office, Mike Levin is the only candidate to actively press for the kind of GPS that can’t be cut off, and provides would-be victims, real-time tracking information….at a lower cost than what San Diego uses.  (Harvey Weinstein is wearing the type of GPS that Mike supports.)

Click — to be mortified, while keeping in mind the NBC report was done in 2015.  If the DA was seriously interested protecting crime victims, then would someone please ask why San Diego County is still using junk GPS, when cheaper, more effective GPS Mike Levin supports is not used?

So if you thought Mike Levin was only interested in clean energy and the environment, guess again!  From Levin’s website on women getting attacked and effective GPS.

“Among other things, this would help prohibit stalkers and violent dating partners from having access to firearms. I will also advocate for active GPS tracking of violent offenders, which provides real‐time location information.”

Out of every candidate running for every office, Mike Levin is the only candidate to actively press for the kind of GPS that can’t be cut off, and provides would-be victims, real-time tracking information.

And now a word about Doug Applegate.  No.

Applegate’s character issues surpass his misogyny.  Also, he lies.  Applegate said he didn’t block me on Twitter, after I asked about his settlement with the State Bar on character issues.

Applegage isn’t even a smart liar.

Finally, some women are checking in on Doug.  See, https://www.womenagainstapplegate.org

Kudos to them.  But let me just add this to the women supporting Applegate.  Was Filner not enough for you?  Stop supporting men who abuse women.

And now a word about Sara Jacobs.  Sara seems nice and smart.  Plus, Sara hires people who make good commercials.  Personally I like Sara.  Being smart, were I Sara, I would be calling Mike and start talking shop.

I don’t know that Dave Myers would be any different than Bill Gore, (Dave also blocked me for asking him tough questions – although I do have a nice voicemail about GPS saying he was excited to learn about it.  But, Dave is also a product of the current administration.  Meaning, my call was routed to a gatekeeper. Dave himself, never followed through.)

Still, jeez people.  How many retirement packages is the public going to give Gore and Dumanis? By the way, Gore opted to take the 5th Amendment while testifying in Congress after the Ruby Ridge killing of the woman holding a baby, many times.

In 2015, over 2,000 women were murdered in the U.S.  Anyone aware of this knows why. Media.  Media is focused elsewhere.  Enough is enough.  Lets put people in office who will address this.  The #MeToo movement talks about the economic ruin of women who complain. Seldom addressed is the murderous end of too many women in America, often over money after a relationship ends. 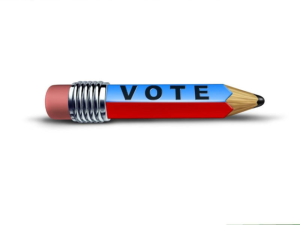