How America and the LA Times can fully recover from Japanese Internment camp, mistakes

Good news! Now that Muslim Registry looms again on the horizon; a teachable moment is at hand. 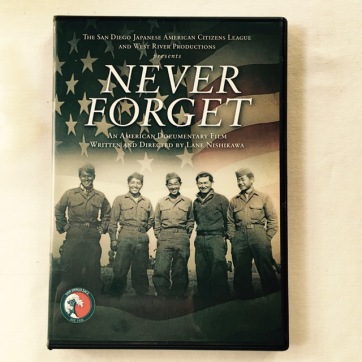 From incarcerations, military service, and post-service, bigotry, “Never Forget” serves as a guide to coming out of the darkness.

But first and specifically, the film addresses mistakes made by the LA Times, the Times has yet to address.  Our fear of immigrants.

In that regard, Lane Nishikawa provides the necessary fresh air to assist Americans deal our fear-fueled immigrant underbelly, the LA Times seems content to let lie.

As many are aware, the LA Times continues to smart from the entirely regrettable decision made by, Catharine Hamms, Editor of the LA Times, Travel Section, after Hamms published online and print, two letters, around December 7, 2016, referencing Japanese-American internment/prison camps.

Unfortunately, the letters Hamms published were written by revisionist history proponents,  Steve Hawes and Dick Venn.  Both deemed the facilities more than adequate.  Hawes wrote,  “The Japanese assigned the job of staying out of the way and not causing complications.  Millions of Americas were assigned far worse jobs.  Hundreds of thousands were wounded or died.”  (More on that, later.)

and shortly thereafter, Hamms realized her decision to publish Hawes and Venn was an error in judgment, of Trumpian proportions.

However, neither the Internet or the LA Times dealt with the underlying issue. 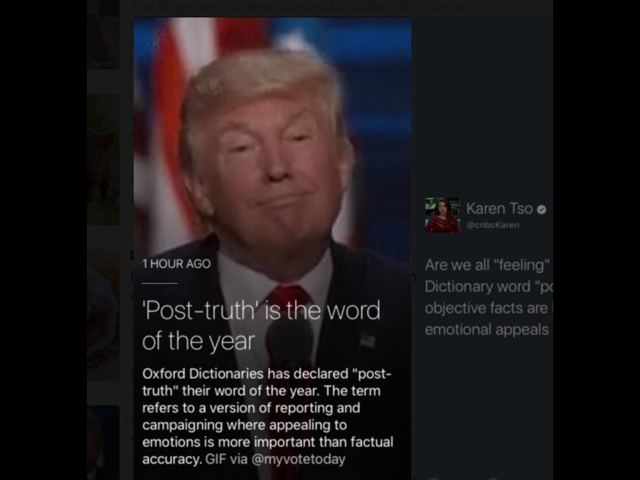 In an era where the Oxford Dictionaries awards “Post-truth” (a version of reporting where the reporter writes to appeal to emotions over facts,  fake news, and, poorly covered news…including the sins of omission); the LA Times opted for the sins of omission, and ignored the fear factor behind President Roosevelt’s Executive Order, 9066.

That being the stellar, American military service provided by brave Nisei men and women for America, during a time these brave men and women were stripped of their rights as citizens and condemned by bigoted Americans, from the Commander-in-Chief, on down.

Although The LA Times was mum on America’s core fear of immigrants; other news outlets should not follow their lead.

Granted ignoring fear of immigrants is pretty weird, considering what newly arrived immigrants and soon to be “Americans’ did to Native Americans.  Or, perhaps, because.

Not often mentioned is:  Blander looking Americans (and the cosmetics industry) knows “looks count.” Religion does too, of course.  But if new immigrants  look different…well, that’s kinda, it.

So, we really haven’t come a long way, baby.

Thus, by not addressing the fears of some Americans,  the LA Times missed an opportunity to bring comfort to the fearful.  This is regrettable as anyone watching “Never Forget”  might find it useful in taking baby-steps towards developing some  coping skills to deal with less-blander looking Americans.

Doing so would have made everyone feel better as the 442 was featured in “Never Forget.”  What’s the 442?  So glad you asked!  The 442 is the most decorated Regiment in the entire, U.S. Army.

I learned this from watching “Never Forget.”  Immediately  afterward I called my 93 year old Dad, Lee Russell, who happened to be part of  the “Bridge busters” B-25 pilots flying out of Corsica during WWII;  and asked if he’d heard of the 442 Regiment.

By the way, surprise!  The 442 consisted of all Japanese-Americans.  Lane Nishikawa featured the lives, loves and, service of the MIS and the 442 battles in, “Never Forget” which included the 442’s  most epic contribution —  the rescue the 1st Battalion 141st Infantry, (which consisted of a bunch of Texans), pinned by the Germans in the Vosges Mountains.   The 442 rescued the lost battalion on October 24, 1944, and folks, it was, epic.  It was epic because so many died trying to save so few.

It also turns out, there was a bit of Hollywood Post-Truth news going on, to diminish the efforts of the 442,  immediately afterward.

Coverage of the event  included zero mention of the major losses suffered by the men of the 442.  Indeed, news clips like the one below, made it seem as if the primary thing the lost Texans had to do, was to keep up their fighting spirit.

So I recommend Nishikawa’s film of the famous Nisei soldiers known as the 442 Regiment...which the LA Times, in creating their debacle, chose not to mention.

I do so as “Never Forget” America needs the antidote to Post-Truth, toxic news.  It’s learning tool for everyone, everywhere….not just newspapers or television programs.

Also, and not a minor point: During the course of World War II;  some Americans were convicted of spying for Japan.  But none were from Japan.  (Just a mention.)

Given the Muslim Registry is rearing its head right as 2017 marks the 75th year of American’s shameful act against our brave citizens: I recommend contacting Lane for critical information, partly because these brave Nisei soldiers emerged as the most decorated unit in the history of the U.S. Army…and then returned home to families still locked up in internment camps…and restaurants who refused to serve them.

It bears repeating that this cannot be repeated.

Then, President Truman awarded the 442 medals, he said, “You fought not only the enemy, but you fought prejudice…and you’ve won.” Perhaps he was unaware it wasn’t true.

By a stroke of good luck, I got to meet Nishikawa.  He gave me a copy of both his films, and we agreed the film is as current today as it was in forties. I just finished the first and sat right down to compose this.

(WARNING:  If you can get through “Never Forget” without feeling a lump in your throat…don’t bother taking your pulse. You’re dead.)

In Nishikawa’s interviews with released Americans of Japanese descent, who volunteered to serve while incarcerated; most offered extremely polite, poignant comments.  But the one comment that nailed me occurred just ten minutes in.  It came from a gentleman who simply said,

“This is a perfect example of a Constitution is only as good as the Government that wants to enforce it.”

2 Responses to How America and the LA Times can fully recover from Japanese Internment camp, mistakes