Cops and Robbers: When Bad Cops and Don-the-Con team up, America loses 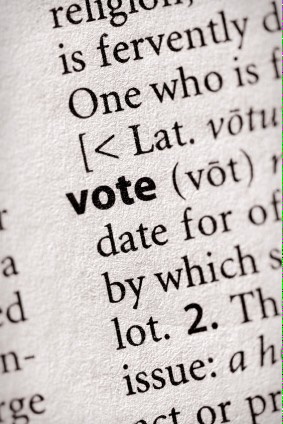 Voting gets down to the basics because as Tip O’Neill maintained:  All politics is local.

But as America is engaged in a Civil War;  yes, in part this election boils down to: Misogyny and bigotry demonstrated by Trump and the police, vs. One Strong Woman.

But first; consider a brief look at the money — which explains in part, why Don-the-Con, will never disclose his tax records…which reporters should continue demanding them…given they let Trump slide for decades.

(The short version being: Trump is in debt beyond his hair weave, and is nowhere near as rich as he works so hard to have us believe.)

Does Trump really have money?

as American Journalism is on the wane – the world is only now learning of the staggering amount of debt Don-the-Con, owes China and other countries not friendly to U.S. concerns exceeds  870 million.

This means China and other countries who do not like America, own Trump. Let that settle in with you.

Like Congress and eschewing the needs of the public; Trump panders to corporate interests.  Naturally this is the opposite of best interests of the public.  It’s just that in Trump’s case, Trump lines his own pockets as much as possible.

We also have the problem of Trump’s double-dealing in his ongoing failure to pay debts, while his past efforts to settle lawsuits against various real estate projects, are for pennies on the dollar to the people he ripped off.  Check out the nightmare the people who wanted to buy a Trump condo, endured.

But again — given we’re in a civil war, folks.  So lets not get off track.

Instead, here’s a quick look at the players.

Cops and Robbers – Profiling is a good thing!

Don’t freak out before I can mention a couple other words for “Profiling.”

So, yes. Profiling is good.  Very good.  That’s true.   But the needed changes to profiling that must be made; must include:

3.  Profiling the profilers  – more on that later.

4.  A BOLO that is simply, “Black” or “Immigrant” is illegal, anti-American profiling, and must go.  How to stop it?  Easy.

5.  Civilian oversight to all U.S. police departments must be implemented, yesterday; not to put too fine a point on it.

Why is this necessary?  As the FBI mentioned in 2008 – racist organizations have infiltrated police departments for years.

Another recent example, the very pro-Trump Milwaukee Sheriff Joe Clarke, who let a black man die in his jail cell.  Of thirst.

So.  Returning to our Civil War, keeping in mind both sides have their issues, in simpler terms, on the one side we have Democrats with Social and Criminal Justice Reform, and other programs to benefit society.

On the Republican side, we have Trump’s greed, his anti-American values; and his disdain for laws.  Not coincidentally, that seems to be in line with much of America’s police force. Is that reminding anyone of any other country?  Hmm?  Because if it doesn’t,  perhaps someone spiked your drink.   Consider the facts:

What to Expect?   Jackboots on steroids.✔️

Why?  Separate from Black Lives Matter – consider women rape victims of thugs with badges.  Yes, I know you don’t want to, but do it anyway.  Because media excels at misogyny.  See the CBS, Ick Factor, example.

Simply put; we must get a handle on our Thugs with badges and good pensions. Period.

But that AP investigation didn’t include California.  Not one county.

2.   My vote is for Tulare County and their on-duty rapes…and attempts to buy silence.

Tulare County is due East of LA.  Anyone wonder why American media didn’t cover it?

3.  Consider San Diego County police officer, on-duty sexual assaults.  Or the poor women who live in San Diego who are victimized by police dogs trained to bite and hold.  One such case is going to the full 9th Circuit.

A quick reminder – California, the state with the largest population in the country, was not party of AP’s survey.  But why pick on Southern California.

4.  Consider Oakland Police, and neighboring Bay Area Police Departments.  What began in Oakland, with officers initially passing around the underage daughter of an OPD dispatcher, grew to “sharing” her with with other department.  Oakland named 3 separate police chiefs in nine days…as each one couldn’t pass muster.  But key to Oakland’s scandal is that it only came to light in the suicide note of one officer – whose wife died under odd circumstances the year prior.

Okay – back to basics.  Trying to find a police officer who will prosecute a rape – assuming it’s not theirs.  Baltimore Police Department reflects the problem with rape prosecutions, nationally.

Make no mistake.  This Presidential election represents our civil war coming to head with American society – and the war on women.  Also, make no mistake, (because media continues making every mistake — cuz, misogyny) it’s gonna be a landslide win.  For Hillary.

Because women are done.

Women are so done with everything Trump and his ilk, represents.  Should you want the black perspective, I recommend reading Texas’ own, Propane Jane.  Jane educates all as to the basics of what’s going on in Texas.  I suspect media cribs her stuff.  The short version is Jane’s a gem.   Also a great way to become educated.  In a real way.  Not a Trump University way.

After the election?  My hope is President Clinton by executive orders, compels civilian oversight of police departments. We must fire mayors who won’t fire police chiefs who allow criminal cops to remain on the force.  We also have to get rid of the therapists who okay these losers for hire in the first place.

1 Response to Cops and Robbers: When Bad Cops and Don-the-Con team up, America loses