Judge Monte Watkins – sympathy for the urinating, misogynistic, rapist . Zip for the victim.

Seems Judge Monte Watkins is a fan of Vanderbilt and football.

Vanderbilt University’s gifted football player, with adjudicated past anger and alcohol issues, was looked up kindly by Judge Monte Watkins, after raping and urinating on the unconscious, gang-raped student. 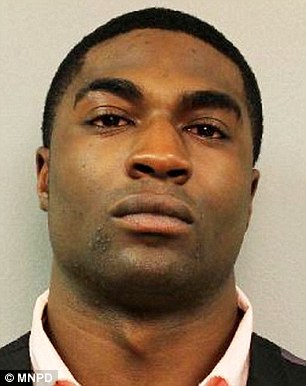 Judge Watkins sentenced Cory Batey to the minimum prison sentence.  15 years. Again, I suppose we should be grateful Judge Watkins didn’t high-five him.

Having lost my lunch over this, I will waste no more time on the despicable Judge Monte Watkins.  Watkins can do his phony, judicial hand-wring somewhere else.

The woman has testified in court three times in the case. Now 24 and living out of state, the woman addressed the court Friday, her fourth time:

“It’s hard for me to stand here on display and speak to you today about the impact this has had on my life. The thought of sharing any more of myself that hasn’t already been taken from me seems unbearable, and it goes against every instinct that I have.

“I was fearful of giving a victim impact statement at all because I know that after three years and everything that has happened, I can never do it justice, and I’m scared of that failure. It will never be possible for anyone to put into words how this has affected me. You will never understand what this has done to me if you aren’t standing in my shoes. The humiliation, the pain, the isolation, being reduced to nothing but a piece of flesh right before your eyes, it does something to you that is truly impossible to describe.

“I also know that it’s hard to encapsulate the impact this has had because it is still ongoing. The attack on me didn’t end that day because I relive it in every proceeding and experience additional attacks every time I am in court.

“When I let myself think of this I become so angry and feel so powerless, even today, that speaking coherently about it at all is a challenge.

“But, after what was done to me that night and three years of abuse at the hands of the defendant, I felt I had to come here and ask the court to consider the impact of his choices and his actions.

“On June 22nd of 2013, I was a happy, hard-working Vanderbilt student looking forward to my future. I was twenty-one years old. I’ve seen with my own eyes what I was when Mr. Batey was done with me: a piece of trash, face down in a hallway covered in his urine and palm prints.

“A photograph he took himself.

“There are no words to describe the horror of the images from that night and how it feels to watch yourself be dehumanized.

“A detective showed me some of those photos and videos that you and forty-two jurors have now seen so many times, and what I saw was image after image of my genitalia covering the entire frame on the screen. These stark, alien-looking fingers all over the flesh were moving from frame to frame, with multiple hands reaching in. Videos played, and I heard the laughing. I heard the degrading, taunting voices.

“My memory of the images I was shown then starts to flash in and out. The realization of all the different ways that they raped me, that people can see these close up pictures of my body, the unknown of what was done to me in those thirty minutes that wasn’t recorded — it was incomprehensible. I wanted to run away and never stop running.

“At one point I saw what I first thought was a dead woman’s face. I was suddenly overwhelmed by my memory of a family member’s corpse, and then I realized that it’s me. They had taken a picture of my face during the rape. I was lifeless and my face was covered in something shiny. I didn’t recognize myself.

“Something permanent snapped that day. I felt myself detach from my body. Now, I feel like I’m walking around in the shell of someone else. A part of me went numb, a sense of being a whole person with hopes and dreams about what’s possible in the world was now gone.

“I felt my belief that people are inherently good twist into some cruel joke in an instant. I even blamed myself for believing that people weren’t capable of something like this and that the world is a better place than it is, when the truth was that I did nothing wrong. No one should ever have to experience what I have. Mr. Batey is to blame for his actions and his choices.

“I was twenty-one years old when this happened. I’m twenty-four today. Since the horror of that night, all I have wanted is for this to be behind me, to be left alone and try to live my life in peace, but the process to get justice has been a never-ending, constant misery that has twisted itself so into my life that I can’t even remember what it was like in a time when this wasn’t happening. Everything the defendant has done in this case and the media circus surrounding it have been a continuous disruption repeatedly dragging me back every step I try to take forward. I can only feel that the defendant has intentionally wanted this to be as tortuous for me as possible.

“Part of the impact this has had and will continue to have on my life is the media scrutiny, invited by Mr. Batey’s own high-profile status and amplified by his own television interviews. What happened to me that night has been compounded by the live-streaming, tweeting, and international dissemination of every detail of how I was degraded and humiliated for all posterity. In this age of technology, anyone I ever meet in my personal or professional life can learn I am a rape victim and the details of the case before I’ve even fully introduced myself to them. There is no way for me to even know if any given person I interact with has done so. This is something I now have to expect for the rest of my life.

“It is also hard for me to push aside all of the attempts by the defendant to misrepresent himself and disparage my character, because I could stand here for hours talking about the impact of all the lies I’ve had to sit in this courtroom and listen to. I remember each and everyone of them, and every time it hurt me. It made me angry because I didn’t have a voice, and I couldn’t say anything. I shouldn’t even have to defend myself, and even if I could everything I share about myself here is repeated by the national media. It got so bad that for the last two trials I couldn’t even bear to sit in here and listen to it. Part of me does want to stand here for hours and hours and go through every single thing Mr. Batey has done throughout this case, but the truth is that the focus never should have been on me. I was unconscious. I was driven and carried to the crime scene. The defendant was a complete stranger.

“Again, the attack on me didn’t end that day because I relive it in every proceeding and am constantly experiencing additional attacks. The fact that I even had to breathe the same air as the men who did this to me ever again to me is unthinkable. But, I have endured all of this because the details of the rape are so horrific, and there is so much irrefutable evidence, I knew that they had to be stopped and held accountable.

“This is a serious violent crime, and it must receive the enhanced punishment it deserves. Any victim should know they would have justice if they went through the process.

“I am asking that Mr. Batey receive the maximum sentence of 25 years under the law to set the amount of time that he will not be able to do this to another victim, to deter others like him, and based on the particularly egregious nature of the rape itself. He did not commit just one act of violence against me.

“There were five acts of sexual assault and rape committed by him and him alone, and there were seven acts of violence he was found guilty of committing against me. But sexual assault was not where the attack ended. Mr. Batey continued to abuse and degrade me, urinating on my face while uttering horrific racial hate speech that suggested I deserved what he was doing to me because of the color of my skin. He didn’t even know who I was. I also ask for the maximum sentence of twenty-five years as is appropriate for the impact this has had and will continue to have on me every day for the rest of my life.”

(Editor’s note: There was mention in prior trials that Batey made a racial statement during the rape. Prosecutors argued to keep that statement from being used during trial and it was never revealed publicly.)”

29 Responses to Vanderbilt gang-rape sentencing: Add Judge Monte Watkins name to the top of the list of sentencing light, Judges.