Below seems what Hillary supporters can expect from Bernie supporters.  Including one, San Diego delegate.

Imagine my surprise upon discovering Bernie delegate, Rena Marrocco, fell into that category.  I know her.

– Rena’s a candidate for a local position in the Democratic party; who either doesn’t know basic facts about elections – or wants to spread incorrect information.  She represents a whole other, kind of problem.

Will admit to being astounded anyone running for a Democratic Party position, would even try to foist such incredible nonsense upon the public.  No one with a lick of common sense would infer  “Pay the fine – and Poof;  The Violations Disappear!”

It’s a response that is neither remotely plausible – or reality-based.

Tweets then went back and forth.  (I know her.)  Then sadly, Rena chose to attack me in a passive-agressive way.  Not from her Delegate’s page for Bernie.

Rena’s attack blamed me for turning her against Hillary.  Not by name – although anyone following her on Twitter could figure it out in a nano-second, as prior to doing so, Rena congratulated me for helping her decide, in a tweet! 🙂

Then came Rena’s massively long, online whine.  To save time, am publishing the second part (it was massive.) 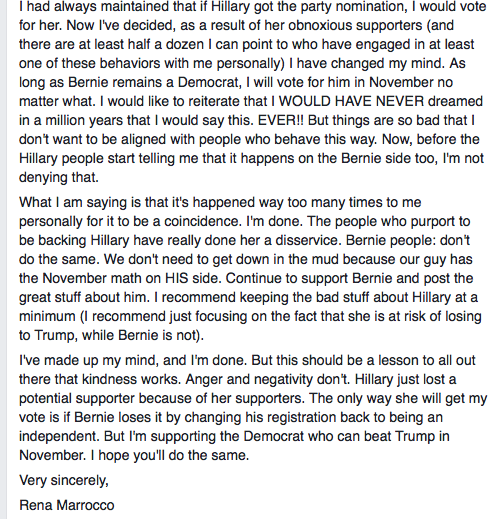 I responded….and was immediately attacked.  (Seems to be the Bernie-crazed, norm.)

Don’t know Amber Boggs-Gaucher (and consider myself luckier for it.) 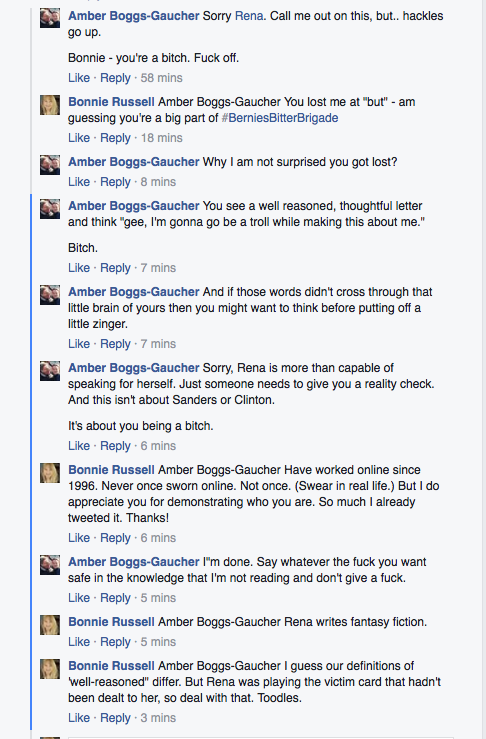 Reality check:  At any time – anyone can disagree then disengage on Twitter.  It’s called the “Block” button.

But to engage in conversation (again, we know each other) and then be accused of “trolling” makes zero sense; except, it’s useful when attempting to position one’s self as a “victim.”

But wait!  I believe I discovered what’s really going on

Were that true – why would Delegate Marrocco bother aiming for Hillary supporters?

Why aim for Hillary beginning in  2014, when she could have been targeting all those college students Bernie’s campaign talks about?

Although Daily Kos detailed 11 reasons why – (separate from math) why Bernie cannot win as detailed:  11 Reasons Bernie lost this thing fair and square.  The reality is: no one wants to work with him.

Bernie supporters are big on polls.  Which reminds me:  The Chicago Tribune – hated by President Truman, blamed their most famous, international mistake, on…polling!  Twice in this one article. : )

So forget the “polls.”  Bernie can’t win against Trump.  (Who is already -oddly enough – already calling Bernie “crazy.”) The optics are terrible…Bernie’s old…which Trump will use.   I can see it now.  Trump might worry whether Bernie could survive Trump’s attack. And that’s separate from Benie’s low numbers.

Why will Hillary defeat Trump?  Because Hillary has better knowledge, better skills, better relations with Congress, and European leaders.  In short, because Hillary has the better background and resources.  Bernie’s good for Vermont…a state with more cows than people…but he’s not prime time…an never has been.  He’s long on slogans. He’s got no plans.

The glitch is: Bernie’s fans may not care they’re risking the U.S. Supreme Court. 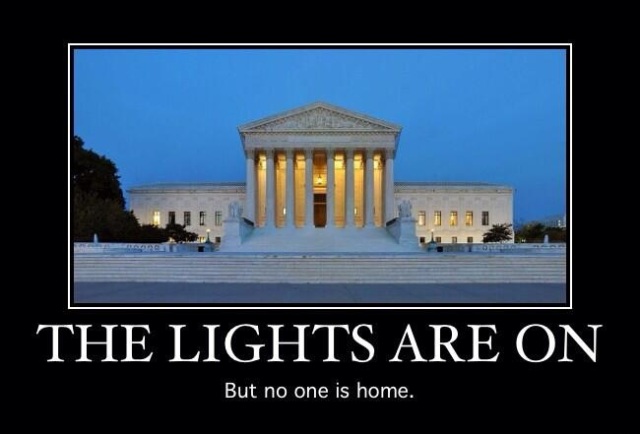 But it appears Bernie’s delegates might not care.  That’s not progressive.  It’s many things but the one thing it is not, is Progressive. 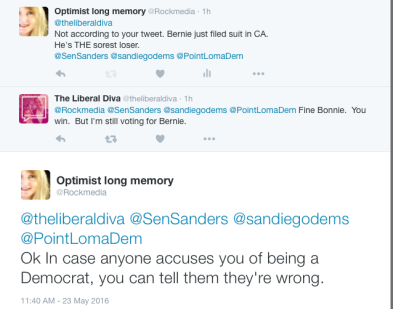 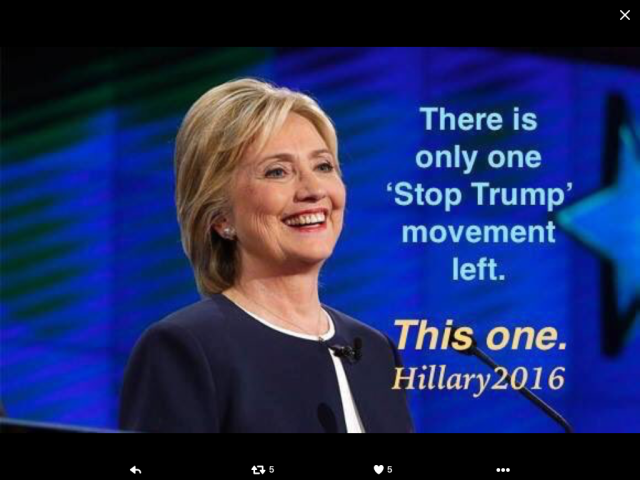 At this point Bernie’s ego rivals Trumps.  But it remains to be seen whether Bernie’s delegates will get a grip.