Update:  Corey is Guilty of most of the charges and is hoping for “relief” on appeal.

Update:  Initially, representatives for the victim said she chose not to comment.

(Thanks to an alert from long-time reader, Christopher Lomen,) that changed.

Statement from the victim

“I am deeply disappointed with the jury’s verdict.

But this result is not the first injustice I have endured in this process.

Last year, the defendants received a fair trial. If the law required a new trial due to a juror’s dishonesty that did not impact deliberations, the law should change, and the juror should face consequences.

So, too, must protections for victims improve. For three years, defense counsel have broken rules, flouted the Court’s orders, and harassed me with impunity.

As a result, the jury failed to apply the law to the facts of the case for four of the seven charged offenses. Although the potential sentence may be the same, the result is no less unjust.

Despite the hard work of the exemplary prosecutors who’ve worked tirelessly on this case, I can only conclude that our system of justice is broken.

The convictions are listed below.  However, before continuing – considering how other colleges respond to sexual assaults on campus, minus Coach Franklin’s conduct, Vanderbilt’s response was nothing short of awesome.

This is a story about a 32 minute, vicious rape.

This is a story of a prolonged attack of an unconscious women.

A woman Cory Batey had ever seen before.

An attack so vicious, it involved fingers, a penis, (perhaps more than one) a bottle and red hand prints left on the victim’s bottom from repeated slapping, urination, and naked-butt plants on the victim’s face.  The first trial mentioned a racial component afterward from Batey.  That did not make it into the second trial.

But make no mistake, although this is a story of an attack so vicious, it is also  one of entertainment. The defendants in the case were all Vanderbilt University football players; and woman’s date, an honor student, from a Christian Prep School, Brandon Vandenberg.  Who essentially served his unconscious date up, to a pack of animals.

That’s a turn of phrase. My apologies to animals. Animals don’t attack for sport, and don’t deserve the comparison.  But these are football players and for them, women are “sport.”  DA Thurman referred to them as being like a “pack of wolves.”

This could be why Vanderbilt’s football coach James Franklin, very quickly blew town.

The was attack, entertainment –  for which Vanderbilt Football players were charged;  only Cory Batey, never left the room.

The entire time of the attack.

The rest of the pack were in and out – stopping back in the room to see the latest.

The vicious attack was also filmed.  Still-shots were taken. Texts were sent.

And still, the defense stuck with the exact same defense that didn’t work the first time.  “Devil alcohol.”

Who hired these people?

The Batey family has been conned.  If Ms. Batey shelled out money, or put her house up as collateral, the attorneys need to return it to her immediately.  But that’s another subject.

Watching the “live” testimony  – it was easy to conclude short version is the newest member of the defense team Courtney Teasley, is simple. Given Teasley was not merely inept, I could have saved myself some time and re-purposed my first reporting of the “Guilty” verdict.  “The verdict is in:  is it too soon to mention Legal Malpractice.”

Beginning with the Court: someone needs to hit the courtroom chairs with a BIG dose of

WD-40.  Whole lotta squeaking going on!  Those microphones pick up every chair move, every person nervously rocking, and every little squeak!

Update:  Teasley has been on the case for three weeks.  Teasley said Cory felt bullied.  Which is a BIZARRE verb choice considering his actions.  Teasley is still saying, “They both had blackouts” So they’re sticking to the loser defense.  Cory was whining, “How come I had to go first” instead of Vandenburg.  I dunno.  Maybe because he assaulted the woman first?

Teasley’s appearance was unprofessional in form and substance.

Will get to her actions later.  First, form.

Defendants are owed a professional appearance in court.  Do not appear unless dressed in a suit.  Including when pregnant, as Teasley is.

Because, maternity suits are available.

From the onset Teasley repeatedly lost exhibits. She took forever to form questions.

She was utterly tone-deaf her forceful questioning of the victim, (who remained composed) was annoying others.

Teasley eventually and more than once, appeared to annoy Judge Monte Watkins.

Judge Watkins is widely reported as the fairest judge around by court workers.

The Defense has learned one thing.  The many ways to tick off a judge.  (Later on, during a call-in show, one man said he’d seen Teasley in court before.  He was shocked when she referred to the judge as “My Heavenly Father.”  (The caller said at first the court was so  shocked no one said anything.  The caller observed thought Teasley needed much in the way of slowing her roll.)

The victim’s story was unshaken. The testimony of the victim’s friend, was also good.

Jurors would not learn Cory had also peed on cars in addition to the woman.  They did learn Cory had a prior assault with a student and that he had a drug and weed problem.

So someone might want to ask Ms. Batey why Teasley was added to this team of losers. Or why the defense clung to the exact same losing defense as before.  About the only thing I can say about the new/old team is from the first trial to now, and unlike the first trial; not a single team member has been disbarred for extorting a client!

And then the Crazy started

Would Cory testify?  As stated earlier, in cases with mounds of evidence, which the Defendants so helpfully documented; unless one has hired a medical expert to testify one suffered a complete break from reality, testifying in one’s own defense, is crazy.

And then the crazy started.

and then…. more drama 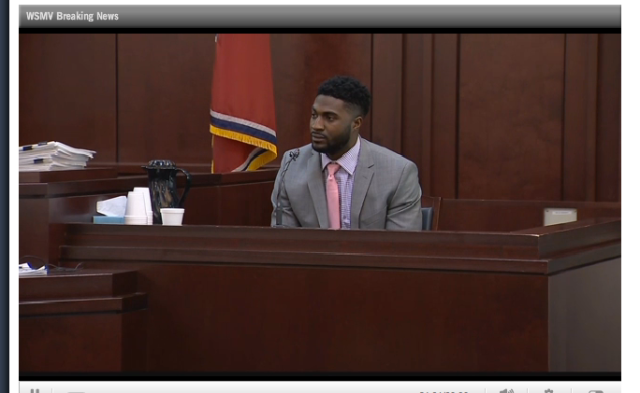 Cory testified: “I was confused and distraught” after viewing the pictures.  He also claimed he deleted them without question.  Said he wasn’t curious.  Just confused.

Teasley got Cory’s veracity in trouble more than once, asking questions like, “Why did you ask ‘Is it still good’ referring to the story Cory and his Vanderbilt teammates cooked up to save their scholarships and eventual careers.  The take-away for me was –

“It was immediately apparent Cory Batey exhibited not a single act of caring or remorse for the woman he and his teammates, spent thirty minutes viciously and delightedly; attacking.  It was also clear Cory was consumed with fabricating a plan to remain on the team.”

Teasley had an annoying way of beginning each question with a loud, “ANNNNND,” or “NOWWW”  and end acknowledge each response with a  friendly or curt, (depending)  “Okay” instead of a professional, “thank you.”

However, unlike the last go-around; at least none of the attorneys are chewing gum.

Cory on the stand

Cory Batey was a disaster.  He alternated between “Never been that drunk before,”  and “I was confused” and tossing blame in other directions.  (It came out later, that Cory has a prior student assault on his record.)

Teasley wasted a lot of time between questions, before losing track of her exhibits.  (Exhibit 40.)  Teasley apologized to the court, “I thought I had it”  “I don’t have mine” and “I don’t know where it is.”

Can’t figure out if this is a deliberate set up of “ineffectiveness of counsel” or straight up, unprepared.

Cory explains he was raised better and would never refer to women as “Bitch,” then tried to refer to the first two rows of women there to support him.  That annoyed Judge Watkins too.  Said he was raised with women and they wouldn’t allow that kind of talk.

Teasley became confused and brought up meeting with Student Conduct.  She apologizes and asks Cory about getting kicked off of the team.  (Suspended until further notice.)

Continuing to dig his own grave, Cory testified  he told the police detective, “The story we had formulated.”

Teasley spent some time messing around and then asks for a bathroom break.

Cory Batey answered “Yes” to the question, “Do you take responsibility of drinking too much.”  He then testified he didn’t know Brandon.  Later on Cory was shown to have lied.

Teasley attempted to ask a series of questions, but wound up getting defensed by the DA and annoying Judge Watkins.  Again.  Teasley made a twofer!  In fairness, am sure Teasley’s had better days. But since today was terrible work,  I just hope she hasn’t had worse. 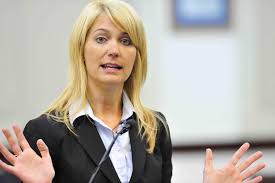 Jan Norman was wonderful.  The emotion in her voice was real – but she kept her demeanor cool.  The contrast between Norman and Teasley was striking.

Teasley said: “What happened to her is not right – but it’s not rape. We know that.”

“Do not be deterred by the overwhelming evidence that was put through to you.”

DA Thurman had a great close.  Reporters will show it later.

After the close it was clear reality finally hit Cory Batey.

Cory Batey after the DAs final argument – he soon began crying, looking at his mother.

Corey is waiting outside with his mother. Holding her hand.

The victim is waiting downstairs.  She’s been waiting a long time.