LA Observed made a brief reference to Dr. Patrick Soon-Shiong possibly being in talks to buy the LA Times.  It sent shivers down my spine. 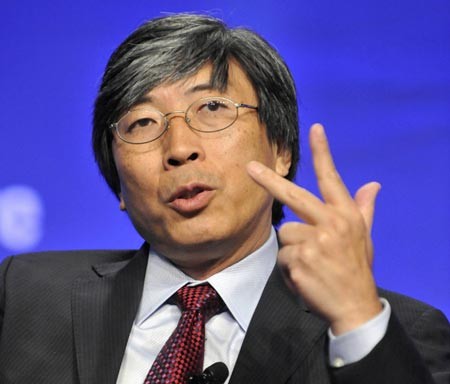 To the LA Times re: Dr. Patrick Soon-Shiong: Just say “No.”

Please consider the background of Dr. Patrick Soon-Shiong, when discussing whether to sell the LA Times to him.

Please consider Dr. Patrick Soon-Shiong’s attempts to control all of California’s Public Records, a few years ago, that went largely, unreported, except by myself and Courthouse News.

I first wrote about the shadowy doctor with the good PR during the untangling of California’s Administration of the Courts debacle, which tanked California’s court system.  (The AOC was created to assist judges, and wound up being the tail that wagged the dog.  I tipped a San Francisco reporter to the Court Case Management System crippling California’s economy, and he blew the doors off the project.  The project was heavily supported by the head of the AOC in San Diego, Michael Roddy).

Think about that for a second.

It also turned out Dr. Patrick Soon-Shiong, the South American of Chinese descent, had trouble with his own family.  A brother sued him.  But what the legislators didn’t know, was this:

While Dr. Soon-Shiong was offering to buy all and control all of California’s court records, he was also registering a data mining company out of Delaware.

Think about that for a second.

In light of our cyber security hacking problem, think about it a couple of seconds more.

Think about having access to all California court records discussing, patents, trade secrets, new technology, intellectual property, being at the control of one person, whose other company is: data mining.

“SAN FRANCISCO (CN) – Pharmaceutical mogul Patrick Soon-Shiong registered a for-profit California corporation for the purpose of “data mining” during the same period that he was offering through a charity to host data for a court IT project that has already cost California a half-billion dollars.”

California court leaders, stewards of our safety, characterized Shoon-Shion’s offer as the mogul’s offer as a “game changer.”

Well yes. But not in a good way.  However, some judges and legislators continually described Soon-Shiong as “a strategic partner,” an “angel in the wings” and a “white knight.”

“An appellate justice who lauded the deal, Terence Bruiniers, said that while the offer was made through one of Soon-Shiong’s charities, the multi-billionaire was also ready to help the courts through his business entities.

Bruiniers conceded through his comments that secret negotiations had been under way with Soon-Shiong for at least a year, a period that encompasses the February 10th date when the billionaire set up Nantworks, LLC.

The category for the company, listed with California’s Department of Corporations, is “data mining technology.” Soon-Shiong said at the time that he was starting a “digital revolution,” and the company would focus “on areas where advances in technology are most severely needed, such as healthcare and scientific research, education and even within our justice system.”

Patrick Soon-Shiong is a South African of Chinese descent. He made enormous amounts of money through the sale of a drug for women with breast cancer, called Abraxane, which was criticized for its high cost and described in a cancer research journal as “old wine in a new bottle.”

The ownership of his Nantworks company is a convoluted affair. An earlier company called Nantworks LLC was formed in 2007 and then abandoned. The very similar Nantworks, LLC, with the comma added, was then formed in February.

That company is in turn tied to a Delaware-registered company, Nant Holdings IP, LLC., according to the website corporationwiki.com. Those two entities are then connected to a spider’s web of related companies.

A day after Nantworks was formed, Soon-Shiong set up on Feb. 11 another charity, in addition to his family foundation, called the Chan Soon-Shiong Institute for Advanced Health. The institute then began setting up data centers and a supercomputer in Phoenix.

By July, the charity had made a big technology acquisition.

It bought National Lambda Rail, consisting of 12,000 miles of fiber optic cable used by NASA, government laboratories and research institutions to send scientific data across the country at speeds of up to 100 giga-bytes per second.
“NLR was running out of money, and Soon-Shiong offered to write a $100 million check in July to upgrade the entire network,” said a Forbes article on the leveraged buy-out.

The rail also seems to run at the center of a tech empire.

Soon-Shiong has bought LookTel, a company that has developed technology allowing smart phones to scan and recognize objects, and Ziosoft, a company specializing in supercomputing software and providing 3D medical imaging.
He also sits on the board of directors of Dossia, described by Forbes as a “maker of personal health records.” Some of his other deals are with Vodafone, Toumaz and Vitality, all involving wireless technology.

Nantworks, LLC together with the advanced health charity have invested a total of $400 million in the Lamda rail and other tech companies, according to Forbes.

The rail links major medical research institutions around the U.S., a system that bears some similarity to the Internet itself, which started as a network of educational and military institutions linked through high speed cables. The key difference is that the Internet is not controlled by any one individual or entity.

Soon-Shiong’s idea of using that rail and its servers to host the extensive data in California court records, including debtor judgments and convictions of individuals, was trumpeted by Judicial Council members at their October meeting.

In expressing great joy at the offer, they said the hosting would take financial pressure off an IT system called the Court Case Management System on which the council has already spent a half-billion in public funds and on which it is projected to spend about $1.5 billion more.

Justice Bruiniers, who consistently defends the big IT project, called the Soon-Shiong deal “literally a game-changer.” Referring to Soon-Shiong, he added, “What he has expressed is his interest in ensuring public safety and public welfare.”

“Plumas County Judge Ira Kaufman called him “an angel in the wings.”

Not so Horan, who is a member of the Alliance of California Judges.

“We know that the same group vetting this ‘offer’ is the group that promised that CCMS would cost $250 million,” said Horan. “They were off by a factor of 8, as the total pricetag will approach 1.9 billion.”

“CCMS is operational in a small fraction of courts,” he continued. “The project seems to be imploding. Nonetheless, the Chief Justice insists that CCMS is the judiciary’s way out of poverty.”

Some California courts have gone into the publishing business, selling records online while delaying access to the press and public until the documents are up for sale. The Administrative Office of the Courts, which operates under the chief justice, has justified the huge expense of the IT system in part by talking about the millions that could be made through those sales.

One of the noteworthy points about Soon-Shiong’s offer to host those records on his servers, super-computers and Lamda rail is that, in addition to gaining a measure of control over data generated at enormous public expense, the offer itself would in effect be subsidized by the public because it is coming through a charitable foundation.

“While he may have altruistic motives, doing it through the foundation gives him an immediate tax deduction,” said Rebecca Wilkins, Senior Counsel for Citizens for Tax Justice.

As a former tax lawyer, she added, “I had quite a few wealthy clients that set up private foundations. One of the things that drives them is the tax deduction and the other thing is the ego thing.”

Wilkins was struck by Soon-Shiong’s purchase of companies with goals related to the charitable foundation’s offer to host California’s court data. “I suspect what happened was he decided that if he wanted to invest in these companies he didn’t want the profits to remain trapped inside the charity,” she said.

A similar hosting deal in the much smaller state of Colorado allowed a private publisher to make millions in profit by hosting the court’s case management data. The administrative office for the Colorado courts has fought a three-year battle to regain control of the records, which the publisher, Reed Elsevier, has resisted through the Legislature with a high-power corps of lobbyists.

Perhaps aware of that fight, California’s Legislature has provided a cold shower to the Judicial Council’s enthusiastic embrace of Soon-Shiong. State Senator Noreen Evans announced last month that she is skeptical of the deal.

As chair of the Senate Judiciary Committee, Evans is a crucial ally of the council in a Legislature where a bill is pending that would direct a much higher percentage of the overall court budget to the local trial courts — a measure that is deeply opposed by the council and the bureaucrats who currently control that $2 billion purse.

After Evans expressed her negative opinion of the deal, the council again considered the hosting offer at their meeting last week. Administrator Christine Patton said in public session that negotiations with Soon-Shiong are moving slowly, and the legal issues “really need to be dealt with first.”
Her statement was echoed by the council’s legal counsel. And silence followed. Not one member of the council raised a hand to speak.

The quiet moved Chief Justice Tani Cantil-Sakauye to comment that nothing should be interpreted from the “otherwise silent record.” “I don’t want you to take the dearth of questions so far to be a sign of anything but that we’ve discussed this,” she said.

Apparently, the deal had been extensively discussed in an earlier, closed meeting, so much so that it delayed the start of the open, public meeting.
Seeking to penetrate the secrecy surrounding the deal, Courthouse News made a public records request two weeks ago for any correspondence between Soon-Shiong and the AOC regarding his offer.

In an answer delivered Tuesday, the AOC directed Courthouse News to the agency’s public website and provided a copy of an official letter of intent already widely distributed to the media. The bureaucracy refused to disclose the rest of the records regarding a year’s-worth of negotiations.

“The AOC cannot be trusted to make honest, competent determinations as to the advisability of taking funds from this person,” said Horan. “The state auditor, or some other independent and competent entity needs to be brought in at this point, in my opinion, to insure that a thorough investigation of this proposal takes place and is in the best interest of the public.”

“Given the secrecy surrounding the offer of the ‘benefactor,’ I am very concerned that more bad decisions likely will be made,” he concluded. “This time, the integrity of the system may be at stake.”

Courthouse News did a great job exposing Dr.  Soon-Shiong.  Kudos to them.

And that folks – is JOURNALISM.

Ultimately, after a year of secret negotiations, Dr. Patrick Soon-Shiong’s offer to buy and control all California Court records, fell through.

And now he wants to buy the LA Times?