Miles Finley – dressed in orange on a consistent basis.

Miles Finley, finally pleaded guilty to a reduced charge in the Brandon Vandenburg facilitated, sports-bro, rape case of his unconscious date, so Vandendburg could further bond with his Vanderbilt football teammates. Finley was sentenced to 11 months and 29 days unsupervised probation.

When the peaked-in-high-school, Finely, was contacted by Vandenburg shortly after the crimes, Finley’s immediate response was to call the victim a degrading name, then suggest additional rapes. 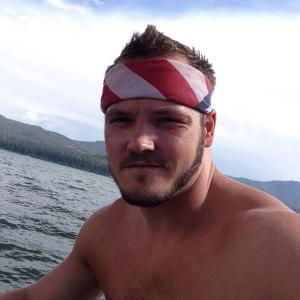 Also, Finely fancies himself an all-American kind of guy.  —–>

Finley’s defense stall ended with him finally testifying Brandon Vandenburg, sensing doom, had quickly returned to California and tried to destroy everyone’s phone before throwing them in the lake. Brandon then bought Miles and Joey Quinzio new ones.

Finely also testified Vandenburg attempted to install erasure software designed to eliminate messaging programs from his computer – a futile effort as the police had no problem locating the videos and messages which had remained backed-up on Quinzio’s computer.

The recovered videos and messages were then used as evidence by prosecutors in what had to be the most abundantly documented rape case, ever.

(Of particular note:  These multiple-rapes might have been avoided had the only sober person present, teammate Mack Prioleau, stepped up.  Prioleau was the 6’3″ 220 lb Vanderbilt teammate recruited from All Saints Episcopal in Forth Worth, and whom during a prior interview stated the most important thing about football, “was the people.”

However, Prioleau’s two acts included feigning sleep, then rolling over literally turning his back on and to the unconscious, drugged, victim.  During the half hour attack, Prioleau did nothing beyond listening to the laughter.  It’s also important to note that during Mack Prioleau’s testimony, a year and a half later, Mack Prioleau, a Sigma Alpha Epsilon fraternity member, stated he was unsure whether he’d do anything differently.  Prioleau is a business major.  Perhaps he’ll join his father’s business, Simpli.fi after graduation.) 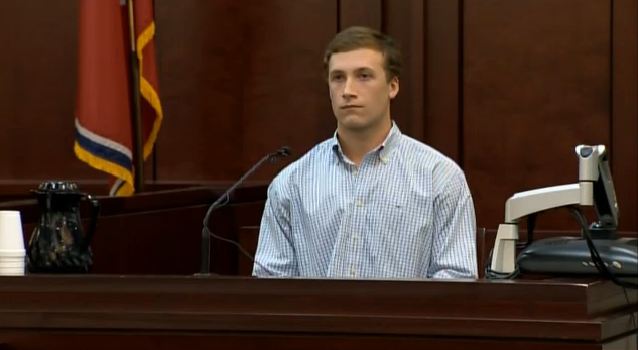 Both Finley and Joey Quinzio were originally charged with a felony count of tampering with evidence in the case and were offered plea agreements and about one year of probation in exchange for their testimony. The charge was later reduced to attempted accessory after the fact, which signaled prosecutors caving to trial costs, rather than justice.

It should be noted Finley appeared from Palm Desert, California.  Also, after Finley’s 11 month 29 day sentence from the single misdemeanor charge, he will be eligible to have the conviction expunged from his record should he complete his unsupervised probation term without incident.

It should also be noted if the probation terms include staying away from alcohol, Miles Finley chances of success, will significantly lessen.

Meanwhile, the problem the Finley males (can’t call them “men”) have with women, continues.

Below April 7, 2015 tweet from Doug Finley a week prior to Miles Finley finally admitting guilt.

Sentencing for Vandenburg is currently scheduled for June 15, 2015.