Why online reader comments are important for news, business values, and valuations

Posted on February 5, 2015 by bonnie russell 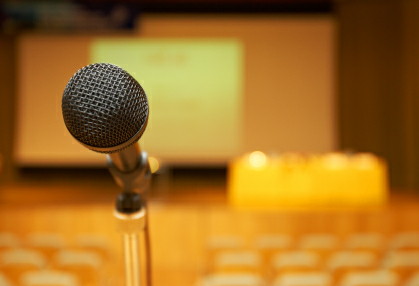 Thanks for coming, but we really don’t want to hear from you.

SPOILER ALERT:  Why Twitter is failing although the firehose announcement is great.

On January 28, 2015,  The Guardian reported Bloomberg recently relaunched its various financial sites with zippy brand-new, whiz bang stuff.  The relaunch included one, significant change.  The decision to end the option for readers to  comment.  Bloomberg’s PR department declined to comment on the change.

This is great news!  But not for Bloomberg.  More on that, later.

“it is understood the company believes the conversation about its content is better served on social media rather than on its own platform.“

“It is understood the impact of switching off comments will be monitored to see if it should be made policy.”

(When reporters can’t get people to speak, they write things like, “It was understood.”)

“a reinvention of how we bring our news to the world.  It’s faster, smarter, and frankly bigger than anything we’ve done before – and it’s uniquely digital, built for a global web audience, and designed to deliver the right news at the right time.”

Now for the reality check

Philhofer went on to say sites like Buzzfeed and Upworthy were

“quite frankly eating our lunch”

From a business point-of-view, readers comments are pure Gold.

Facebook recognizes the business value behind the need to be heard.  But Facebook has always had their eye on monetizing social views.  The business surrounding connecting people to make a buck.  People being important as a means to a great financial end; while social for the sake of simply being social; not so much.  At least for Facebook.

What happens when a company doesn’t listen to online comments

A good example of bad example is Twitter CEO, Dick Costolo.  Also known as Exhibit A.

Recently, and for the first time ever; Twitter’s Costolo publicly admitted Twitter is suffering blow black (read:  losing people) after years of blowing off how much people hate Twitter for not dealing with on-line trolls. In that regard, Zelda Williams, managed to do what no one else could.

It was the trolling of Robin Williams daughter, Zelda, just two days after Robin was found dead on August 11, 2014, that demonstrated to all what an ugly bully Twitter had become.

Zelda Williams quit Twitter on August 13, 2014.  She was gone in a flash.  Until that point, Costolo, with his mid-life crisis Gamergate mindset, was much like the basement boys who get their weird jollies trolling women.  Now Costolo might not be a troll:  But he certainly didn’t mind those who are.

But trolling Zelda?  Even Costolo knew that’s the kind of black-eye that’s hard to come back from.

And yet Costolo waited.  Yeah.  It it gets a little creepy when 50% of the population is being attacked via Twitter.

It wasn’t until February 2, 2015, that Costolo admitted what everyone else had been saying for years.

“We suck at policing on-line trolls”

Not said?  Twitter sucks in this area because they don’t care about people’s hearts.  So now Costolo has to consider how to attend and amend Twitter’s massive PR and business problem.  All Twitter-created!

More bad news.  By not dealing with Twitter’s self-created problem for years, both Twitter and Costolo now have to overcome favoring trolls.

Costolo also didn’t mind that women like Brianna Wu and others were getting rape and death threats.  (See “The mouth is closed” concerning creepy troll and attorney, Todd Kincannon.)

Here’s just one (of hundreds) of death threats Brianna Wu has received.  This one on February 4th 2015 – I think during a discussion of how to deal with people who telegraph their intention to commit a murder.  (As opposed to FB where killers post shots of their dead victims.) 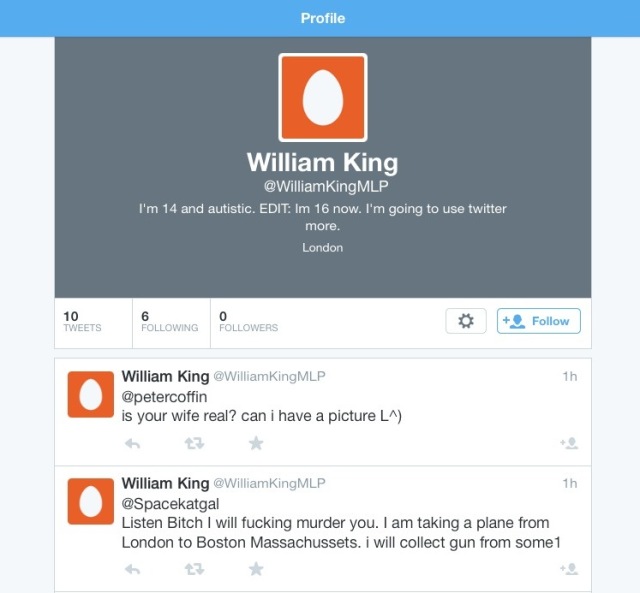 I tweeted Dick, with a copy to Jack, immediately after spotting the threat in my feed.  You can see for yourself if Twitter responded by checking to see if the account remains active. 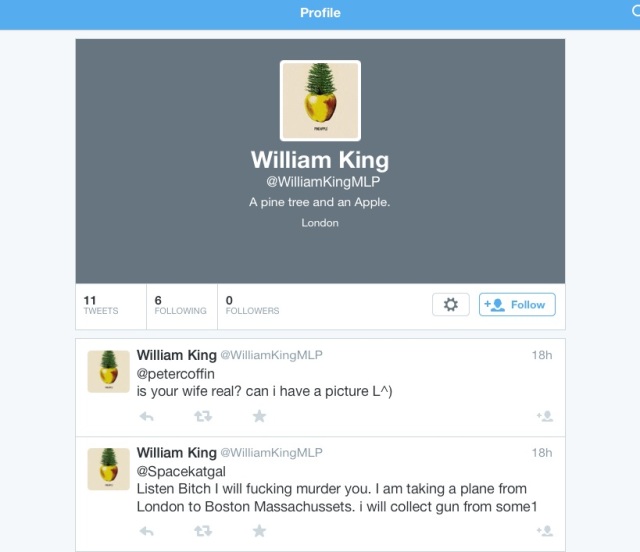 Think Twitter’s non-responsiveness hasn’t hurt Twitter’s Stock?  (yes stock shot up after the announcement, as most good news impacts business.) None of this takes away from the fact that fifty percent of the population knows Twitter is, has been, and remains, anti-women.  50% of the population.

Should Costolo amend Twitter’s way to address trolls – Twitter stock could be: 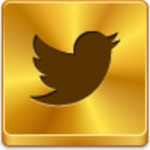 At this point however, the one question stockholders might want answered, is why Costolo is CEO.

Back to basics: Eyeballs and online comments –

It gets even better!

Some readers have solved crimes in the newspaper comments section

As mentioned previously; it was the local newspaper’s online comments section that led to a crime being solved.  The case was the particularly brutal, kidnap-rape-murder of Danielle Van Dam by her neighbor, software engineer David Westerfield.  One person made an online comment that led the prosecutor to examine evidence in their possession a new way. . .and it broke the case.

Naturally the public commenting online had no way of knowing they were solving a hideous crime.  So it was a very nice surprise when the lead prosecutor, DA Jeff Dusek gave readers high praise props during a post-verdict press conference.

That’s when Dusek admitted the DA’s office had been following the online comments. He noticed a thoughtful suggestion made by a reader…and a flame war that immediately broke out with others saying the DA had likely already done what the reader suggested.  Dusek admitted they hadn’t.  But he took the suggestion and solved the case.

Jeff Dusek said more than once he was grateful for reader involvement in that press conference.

Remember, it’s Facebook that’s all over media comments.  It was Facebook that contacted media outlets and newspapers with the cheerful, “Hey, don’t worry – managing the comments section is hard.  We’ll do that for you.”

Newspapers, to their detriment, said, “Okay!”)

Ending on a business, high note

But solving crimes?  How’s that for a combined, joint, social effort benefiting a family in despair and the public at large?  What business wouldn’t love that?

So, with that said, 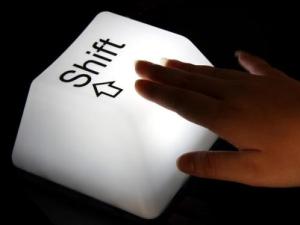 A shift in thinking

Yo, Michael Bloomberg!  Might want a do-over for your financial websites, and put those comments right back. 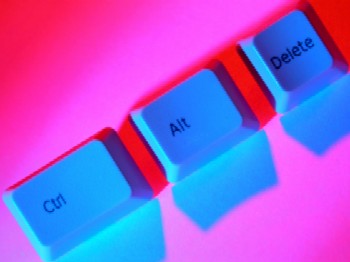 2 Responses to Why online reader comments are important for news, business values, and valuations