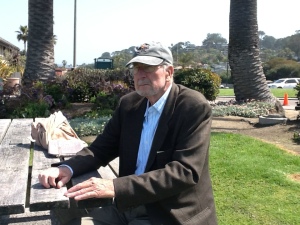 “As the NTSB continues releasing more data details and information, some of the questions regarding how Asiana crash occurred are being answered, but not all.  We know now the autopilot, which ordinarily would be employed for the entire overwater flight, but not for the landing sequence, was not involved. The data recorder show it was disengaged at 1600 feet and with adequate airspeed at that time to make a proper approach.

However, there after, speed of the aircraft continued to progressively degrade as the plane flew lower and closer, until it falling past the minimum required, 137 knots. Then the aircraft continued dropping.   At some point, likely just as the aircraft began its pass over San Francisco’s seawall, the plane most likely encountered an aerodynamic stall.  This would account for the “stick shaker” noise heard in the flight deck, the tail dropping down to impact with the seawall.  An aerodynamic stall has nothing to do with the issue of power or performance of the engines; but rather refers to the loss of lift from air not flowing over the wing.

The data shows that at the very last second, the flight crew tried to apply power in an attempt to salvage the approach, but it was too late.  Once the empennage (tail section) is gone, it is game over. Only question left is how badly will the plane break up, and how soon will the fire start. Very ugly, indeed.

The multiple faults and shortcomings of the flight crew and airline seem clear enough at this point. Whatever else the investigation discloses, it will not change the legal case against Asisana.  Hopefully some teaching points will come out of this to prevent recurrences.

Pilots must understand and command automation, not become over-reliant on it. The pilot must always be the boss.

But what is more important from a legal point of view is the question of is there any shared responsibility for the tragedy on the part of others?

To understand the importance of this question, we must first look at the basic rules concerning any case against the airline.

This was an international flight and is thus controlled by a Treaty known as the Montréal Convention.  The Montreal Convention sets out the rights of the passengers and families as well as the obligations of the airline, including where it may permissibly be sued in court. Importnaly, there are both limits on this, and a few surprises.

First; any passenger who was a permanent resident of the United States, no matter what the ticketing for this flight, would be able to sue Asiana in the United States, in the Northern District Federal Court (San Francisco area), of course, being the logical venue. This is true because of what is called the “Fifth Venue” option, added into the Montréal. The predecessor treaty, Warsaw, recognized neither the domicile of the passenger nor the place of the crash as options.  Montréal retained the latter. There is no jurisdiction under these treaties at the place of the accident alone.

As any other passenger, in this case most likely Korean or Chinese citizens, unless San Francisco was their final destination – and “final” means just that, the last line on the ticket. Thus a round trip ticket, China or Korea and return, makes the point of origin and the point of destination the same. And “final destination” is one of the four venue options under the Convention.  None of them include the US, unless it is a “Fifth Venue” situation, as discussed above.

Any other possible responsible parties, and at this  point that list might include the San Francisco Airport, the FAA (or more properly, the United States, as it is the only entity that can be sued; regardless of which agency allegedly was wrong) Boeing, and various component manufacturers, in the event some malfunction is uncovered, as in if it is shown the pilots did not intentionally retard the throttles, why did the engines go to idle and speed degrade?

The presence of a viable defendant in any case that comes out of this tragedy can be very important in another context, and any non-US claimant needs to keep this in mind. While, as set forth above, non-US passengers on round trip tickets retuning to Korea or China cannot sue Asiana in a US court because of the restrictions of Montréal,

As to compensation, any non-airline defendant subject to Montréal would have no limit and be exposed to whatever damages are allowed under California law.

With the airline carrier, Montréal sets up a two-tier scheme.  First tier is that the right to recover compensable damages (and please underline that word “compensable;” see discussion below) up to 100,000 Standard Drawing Rights (SDRs). SDRs are based on a mix of currencies, so as to offset rapid changes due to individual fluctuations, and current value is about US$150,000.  That recovery is triggered by the happening of an “accident” itself, irrespective of any fault of the airline or not.

For any compensable damages over 100,000 SDRs, recovery is allowed unless the airline can prove that it was not at fault to any degree.

The limitations period in Convention cases is two years from the date the flight “arrived at its destination” or if not, the date that it should have.  We have an interesting question here: did this plane indeed ever “arrive” at SFO?  Certainly not in the sense the drafters of Montréal had in mind.  But for mental exercise only: Both dates would be the same. This means that any suit has to be on file in proper court on or before July 6, 2015.  The local statute of limitations in California for any non – carrier, non governmental defendants is also two years, except in the case of minors. The statute for them does not commence to run until 18th birthday.

Any claim against SFO or any other governmental agency is also subject to a six month claim filing rule (this is separate from a law suit filed in court), running from the time of the accident.

In the case of the United States, a detailed claim must be filed with the “appropriate agency” within two years of the accident, and any suit following must be filed within six months of the denial of that claim, if indeed it is so denied.”

P.S.  It was Sterns who discovered this killer practice the airlines use to make money while putting passengers at risk.

It's not about me....it’s always about people.
View all posts by bonnie russell →
This entry was posted in Law and tagged Asiana crash, aviation, Gerald Sterns, Montreal Convention. Bookmark the permalink.