Pssst.  The solution to end “Domestic violence” is high-technology that facilitates the ability for women to save their own life ahead of an attack.  However, DV non-profits, law enforcement, media, and now the NFL, don’t want it.  Unfortunately, I can prove it.  (San Diego’s Toni Atkins ranks highest on the list of elected officials having adamantly refused to address the solution, for the longest period of time.  And she’s our Leader.)  Likewise San Diego’s ABC and NBC affiliate are well aware of the solution, but refuse to air it.

When Robert Mueller was first hired, my letter alerting him to the solution went out on September 11, 2014.  (Haven’t heard back.)  The solution has been available, and withheld from crime victims for years.  Watch these two news clips featuring this technology, and ask yourself,

“Why isn’t this in family and criminal court, so the real-time GPS monitor could call the intended victim ahead of time, in enough time for her to vacate the area, and then alert law enforcement?”

It’s assault, attempted murder, and murder.  However, Domestic Violence is the cocktail party non-profit preference to dummy down the reality of crime-based relationships….and a profitable career field for those in the domestic violence industry.  Those folks prefer using grant money for salaries and Domestic Violence Awareness Conferences (as if anyone is not aware) than for high tech equipment enabling women to save their own life. That’s the reality.

Earlier this summer I asked my Congressman, Scott Peters, to withhold federal funding to “DV non-profits” unless they agree to use the technology.  (It doesn’t have to be the company featured in the news clip; any Real-Time notification company will do.)  Am waiting to hear back.  (Nothing from his opponent, either.)

Also, a quick heads up.  Readers should be aware law enforcement doesn’t want the solution, either. Something I politely mentioned to San Diego’s newest police chief, Shelley Zimmerman, in our 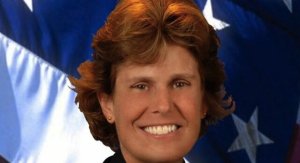 meeting a couple of weeks ago. (Zimmerman became Police Chief after one on-duty sexual assault case too many within San Diego’s police department.)  Turns out, she’s not interested.  Was a little hostile actually.  Practically threw me out of her brand-spanking new office.

Why law enforcement isn’t interested is due to using crime stats to market the hiring of more personnel, to fight crime.  See the loop here?  Thus, technology to prevent crime is quite simply not something they are interested in.  Except for products or property.  Protecting property and products is important to LAPD.   But when it comes to protecting people;  nope.

Match that to the fact that domestic violence rates are 40% higher in police families and you’ll understand why when Roger Goodell said,

“We’re working with the police”

people in the know, spewed their drinks. 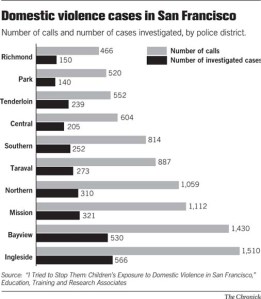 Back to media….since Mueller’s and Goodell’s pushback the NFL is hiring domestic violence experts. Media is all over the DV experts.  Bookings are many.  Everyone is an expert.

So the con continues. Actually, San Diego media is worse. San Diego’s ABC’s channel 10 aired this bogus story as if California Legislators weren’t aware of real-time GPS, or fact that it costs a third of monies currently spent, to implement.

So know this:  The solution won’t be implemented. Because women and children are expendable.  Disposable.  Which is why I am producing a satirical documentary on “Domestic Violence.”  Feel free to send jokes or examples. Hey, don’t cringe. It’s not as if serious is working.

But if you’d like to keep trying where there is no legislative or corporate interest, (and bless your heart if you do) – feel free to send this to whomever you think might seriously be interested.  Just brace yourself when they aren’t.  Including @Emilyslist and organizations you previously might have thought would be helpful.  Domestic violence is big business.  Women are merely fodder for the business.  Nothing personal ladies.  That’s just how it is.

See you at the movies!

4 Responses to The NFL’s latest con. Courtesy of Roger Goodell, Robert Mueller, and most NFL coaches