Congress and Brazilian blowouts – sounds like a sex scandal

Great news!  Since Congress was obsessed with regulating women and life in general in 2012, here’s a little something about (mostly) women, Congress can regulate for the new year.  Yes, I’m talking about the Brazilian Blowout. 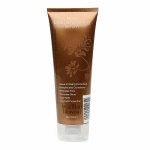 While it’s a given that women do strange things in the name of beauty, including dying after any number of botched, fill-in-the-blank, type beauty type actions; what’s bothersome is vapors from the Brazilian Blowout mirrors second-hand smoke; and I’d really prefer not to get cancer because the chick in the next chair came in for a Brazilian blowout.

So while I’m pleased that California’s Kenny Birstein, the guy behind the Brazilian Blowout, along with his friends, Monte Devlin Semler and Bitney Huinker were collectively trounced by the State of California after the Attorney General scored a $600,000 smack-down against Birstein’s Brazilian Blowout, (dba as GIB LLC) due to deceptive advertising and their failure to disclose a known cancer-causing ingredient; what’s concerning is it just applies to California.

There’s 49 other states, and also, GIB is an international company.  (Mercifully, Canada’s safe.  The Brazilian Blowout was blown out of Canada, too.)

But in that Birstein’s attorneys claimed the AG’s action was “baseless litigation” and that the State hadn’t proved irreparable harm to stylists,  (I guess they’re all supposed to all die first), that means most American women, and the world remains at risk.

Back to Congress!  Congressional hearings heard these complaints in March of 201 and did, nothing.  Surprised?

Michael DiBartolomeis, Chief of Safe Cosmetics Program with the Department of Public health cited the Brazilian Blowout as an example of a product that should never been allowed to go to market.  At the hearings, DiBartolomeis said,

“Cosmetic products that contain known human carcinogens or chemicals that impair human reproduction or development are marketed and sold without adequate safety tests because the existing law allows it.”

Considering the number of stylists and women who get their hair done on a weekly basis, and considering the 31 bills members of Congress brought to regulate women’s bodies last year, why didn’t Congress get it in gear for the blowouts?  Why was the safety of women blown off?

Federal law does not require FDA approval before a beauty product is sold to the public.

Making things slightly worse for (mostly) women, the FDA doesn’t have authority to recall a harmful product.  At least according to Michael Landa, director of the FDA’s Food Safety and Applied Nutrition branch.  Landa mentioned that key point while testifying before a congressional subcommittee….which, again, did nothing.

That’s because the meeting was attended primarily by representatives of the cosmetics industry who were, (surprise) also testifying as witnesses.

Although the original meeting on the issue was in March, none of those present who were part of the House Energy and Commerce Health Subcommittee (which took 30 years to convene the meeting in the first place) did….anything.

Why couldn’t they get it together to at the very least, issue Recall authority to the FDA?

After all, it’s not as if Congress got much of anything done last year, so doing so would seem easy enough.

But as it currently stands – thanks to congressional inaction, the cancer producing cosmetics industry will follow the path cigarette manufacturers did.  This is no loophole folks, it’s a high-speed rail of bad news coming to a salons outside California.

Thus, not only is the person receiving a Brazilian blowout at risk, so are hair stylists and other customers.

(Mainly because my guess is no Congressional kid or family member is clamoring for Brazilian Blowouts. I remember who got the gas masks when anthrax was thought to be on the Hill.  Congress does protect their own.)

Sadly, Congress is beginning to remind me of the doctors featured in those long ago cigarette commercials.  The ones where doctors dressed in crisp white coats recommending certain brand of cigarette, because “it soothes sore throats.”

The public needs to watch Congress act on behalf of the public they claim to serve, instead of “industry officials” or the K Street lobbyists sent to “testify” at hearings.

Otherwise, as it stands, the cosmetics industry’s Brazilian Blowouts will continue relying on what has become major league Congressional apathy towards the public.  And why wouldn’t they, when in the name of greed, Congress allows the customer, the stylist, and other customers in the salon to be sacrificed.

No reason to let Congress slide.  No reason not to hold Congress accountable.  Please forward this to your Congressional person – with a request for action.  Facebook or Tweet it. Whatever you choose, because…

ultimately, we get the kind of government we insist on having.  So lets generate a public supported blow-back to the blowout Congress delivered to American women.

It's not about me....it’s always about people.
View all posts by bonnie russell →
This entry was posted in Politics and tagged Brazilian blowouts, Congress, disdain for women, misogyny. Bookmark the permalink.